Leah Braemel tagged me for the Six Things Meme.

These are the rules:
Post them at the beginning. At the end of the post, tag 6 people and post their names, go to their blogs and leave a comment, letting them know they’ve been tagged and asking them to read your blog. Let the person who tagged you know when you’ve posted your answer.

This is somewhat similarish to the Five Things Meme I did last June. But I know there's at least six more things I can blog about.

In 1998 I was one year away from moving back home to Nova Scotia but didn't know it yet. Many, many Maritimers move to Toronto, miss Nova Scotia like mad and move home. It's just a thing Maritimers do. Nowadays we also head out to the oilfields of Alberta - probably more so than Toronto these days.

I was quite convinced I would not be among the home-agains. I loved my life in Toronto, and was used to my constant homesickness for the east coast by then. I had a whole new family (my in-laws) to love, a wonderful group of tried-and-true friends, the Big City vibe I love so much, subways to ride, people to watch, culture coming out my ears. I was in heaven. 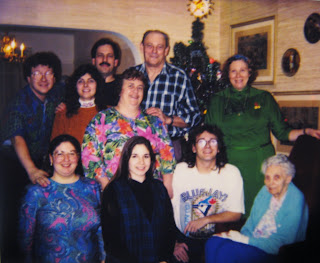 But then we lost Brad's Grandma Smith.


This is a Christmas Day at the Smith's photo taken in the early 1990's in Toronto.

Three Smiths from this photo have now passed on: Brad's dad, Auntie Pat and Grandma Smith. Missed every day and always in our hearts.

And the woman for whose daughter I'd been the nanny discovered her mother had cancer. Quite suddenly the call to go home couldn't be stilled. Brad and I moved in with my gram so we could help my mom take care of her. 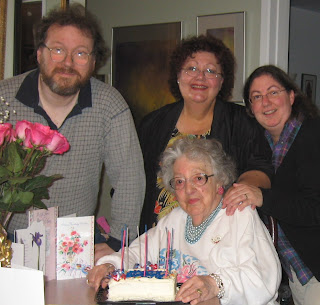 And we had eight irreplaceable years together.

- Try to gauge how I did on my interview yesterday by how the three managers on the interview panel behaved toward me today. No avoiding eye contact from anyone. That's got to be a good sign.

- Ask my co-worker whether or not we should ditch the empty bankers' boxes stashed under my desk. They make my manager squirrely. I was quite certain the answer would be 'no.'

The answer was 'no.'

- Boot it over to the theatre after work to buy a ticket for the ballet tomorrow. Hope they're not sold out... 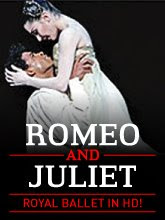 - on a US Army base in Texas - born there, but my dad finished his active duty 3 months later.

- in Michigan, USA - my parents loaded up the white Volkswagen beetle they'd brought back from Germany and headed back to our families in Michigan, outside the Detroit area.

- in Nova Scotia, Canada - my parents decided to move back to Canada in 1971, where both families were actually from. Both sets of grandparents moved to Michigan in the 50's for work. But most of our family is Canadian. Returning to Nova Scotia actually returned me to the land of my Acadian ancestors. 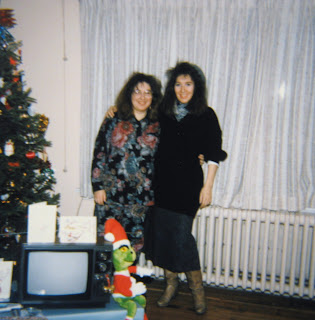 - in Mississauga, Ontario, Canada - my first grown-up apartment in my brand-new, grown-up life. It was over a scuba diving shop, because my dad used to sell diving equipment to the owner, and when he dropped in to say hi, he found out they were renting the apartment upstairs. Talk about great timing.

This is a picture taken in 1986, my first year on my own, in my over-the-scuba-shop apartment. My cousin Julianne MacLean flew out to see me before I flew home for Christmas.

- in Toronto, Ontario, Canada - I moved in with the family I worked for as a nanny, and so began 13 fascinating and totally fulfilling years living in the Big City. Oh, how I loved it. Oh, how I miss it.

5. Things I would do if I were a billionaire.

- I already indulged my family in the Five Things Meme. So I would make sure my dream house had a dream home theatre, with squishy leather recliners in stadium seating.

- I would order every boxed DVD set I ever desired off the internet with my platinum credit card. Brad and I are currently a cash-only couple. Keeping life simple and interest-free - especially when there is no hope in heck that we could afford to keep a balance of over $20.00. Actually, this would be a dream-come-true for Brad, He Who Tracks Down Obscure Films. He could find them for me and I could kiss him when they arrived in the mail.


- I could get my engagement and wedding rings redone, at long, long last.

Got my ballet ticket!

I enjoyed reading the answers to this meme, and *loved* the picture of Gram's last birthday. Very special.

Btw, I cracked up at your reply to my Idol post.
"That was lovely but it didn't quite work for me."
LOL!!!
Blessings,
~Toni~

Yay, you got your ticket! Enjoy!! We're both on the daydreaming about big money bandwagon today...

Enjoyed reading more about you Julia. I did this one a while back honey so you'll forgive me if I don't repeat myself. x

and ballet - sigh.
one of the sacrifices i feel most after having kids. i used to go twice a season or so. enjoy!

Wow, you put a lot of effort into this! Pictures and everything.

I could go for a yogourt and fresh fruit right now ...

Chocolate fudgcicles.. omigod, I love those. Eat a box for me!

How fun! I love the pictures too! It's a great opportunity to learn a little bit more about the wonderful Julia!

I enjoyed your meme, Julia, and I'm quite hungry now after reading your list of snacks. I need to think about this a little...

I finally posted the six things meme. It's not nearly as interesting as yours. I loved yours.

It's kind of a dark and dreary day here today and I think that has affected my mood. Not all that chatty.

But thanks for thinking of me.

I suppose I could have explained how I lived in all those places...it's called the military, and after military, jobs.

Thanks for tagging me, Julia. I thought I'd be back before now...You're an interesting lady! I'll give this a go here in a few minutes!