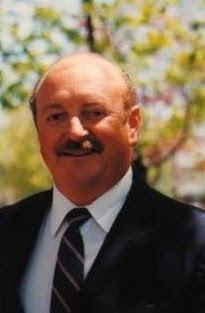 In memory of my dad, who passed away almost five years ago, this week's Thursday Thirteen is a special present for him, as today marks his birthday.

A Piece of My Mind owes its existence to my dad, as I launched it the month before he died. I was struck by the urgency of 'it's now or never', and in a very real way this blog is my dad's legacy.

Dad laughed - a lot. These are some of the things that could really get him going:

13 Things That Made My Dad Laugh

He was a lifelong music enthusiast, with a special love for the blues, rhythm & blues, classic rock and cool jazz. Here's a set I posted for him awhile back:

At school concerts, my dad always roamed the sides of the auditorium taking pictures with his Nikon camera.

He started life as a big fan of John Ford westerns and the stunts of Yakima Canutt. When I later became someone who would pay multiple times to see a movie at the theatre, he thought that was a little strange - until VCRs came out, and I caught him watching Road Warrior over again. A-ha!

Dad not only liked to dance at clubs and house parties, but he ended up teaching jive dancing lessons in his late 50's. 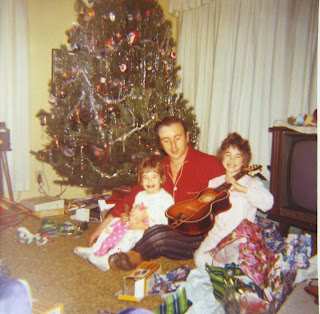 When my sister and I woke up bouncing with excitement in the dark of early Christmas morning, Dad always hopped out of bed ready for Christmas, even if he'd only gotten 2 hours of sleep getting the Santa toys ready the night before. 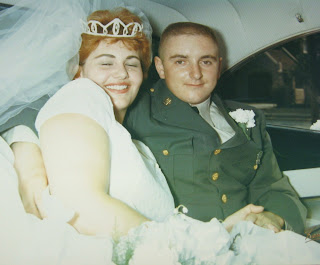 He was a Canadian who lived a good part of his life in the States, and served in the US Army, 2nd and 3rd Armored Division. He had an insatiable thirst for all things military history.

He wore his army uniform on his wedding day in 1961, as he was posted to Europe the following week.

He was always interested in the sinking of the Titanic, owning several books about it and visiting the graveyard here in Halifax where the victims are buried. In one of the odd ways life works out, my dad is now buried in that same resting place - Fairview Cemetery in Halifax, Nova Scotia, in my step-mom's family plot. 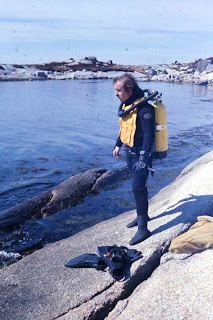 My dad owned a scuba gear shop and was a certified instructor in the 1970's. 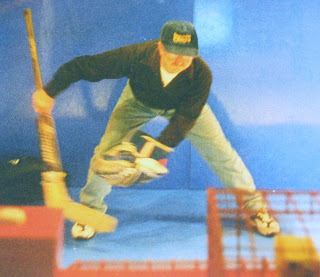 He played hockey from boyhood, and was a lifelong Montreal Canadiens fan. This shot was taken at the Hockey Hall of Fame, during a Toronto visit with my sister and me, when we both lived there.

He started his working life as a mechanic, and ended it as a car salesman. He had a special fondness for classic cars, but he pretty much loved everything to do with any kind - he loved watching car races, collecting reproduction cars, operating remote-controlled cars, and when he was in the army he taught fellow soldiers to drive the big 'deuce and a half' and five ton trucks.

Beer was the go-to beverage for Norm. He also had a collection of beer steins, including the one I remember most - an engraved silver stein with a glass bottom that he brought home from Germany. 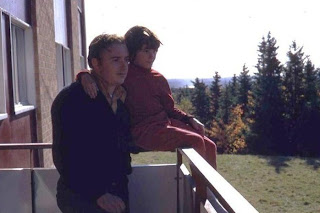 He loved this role in his life. And I love being his daughter.

Posted by Julia Phillips Smith at 6:12 AM

What a beautiful tribute to your father, Julia. Thanks for the stroll down memory lane. I'm so sorry for your loss, and I hope that these fantastic memories of him shine brightly through the new year.

Have a great 2012 celebration.

Your Dad sounds like he was a totally wonderful man in so many ways and it's very easy to see why you probably still miss him today just as much as you did five years ago.

For some reason, I never knew that the victims from the Titanic were buried in Halifax. I'm going to have to get me to Nova Scotia one of these days and visit that cemetery. Point me in the right direction and I'll stop by to visit your Dad also!

Beautiful tribute to you Dad Julia. This was my first Christmas without mine.

A very nice tribute to your dad, he sounds like such a warm and loving man. May your New Year be filed with filled with good things to remember.

Excellent tribute. I seem to have quite a few things in common with your dad...from love of classic cars to love of dance to love of all things military history.