My husband and I enjoyed a great concert last Sunday night -- Chicago.

They have such an impressive songbook, I'm sure they could switch up the set list every single night and it would still be packed with crowd favorites. For the performance we attended, the sold-out house was thrilled with the mix of album-gems and top-40 mega hits.

Here are my favorites from the songs we heard on Sunday.

2 - Does Anybody Really Know What Time It Is?

4 - Saturday in the Park

Posted by Julia Phillips Smith at 7:08 AM 1 comments 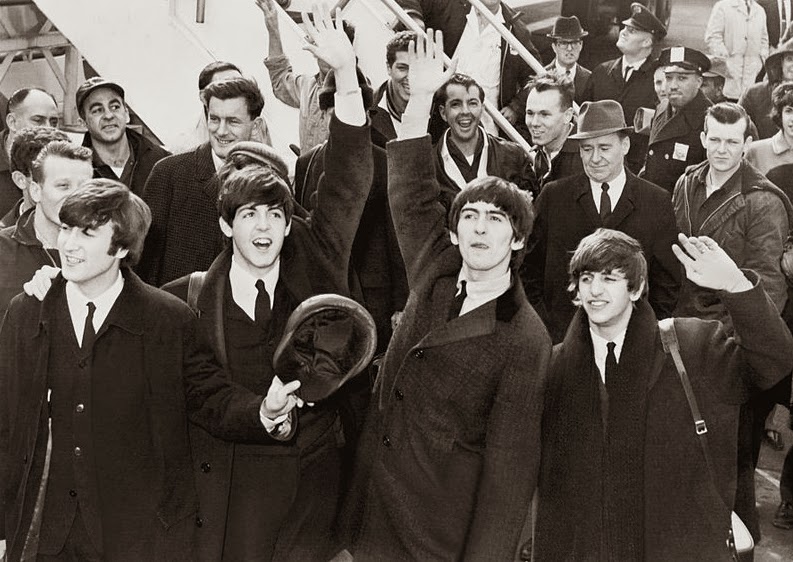 This February marks the 50th anniversary of Beatlemania taking hold of popular music following the band's appearance on The Ed Sullivan Show on Feb. 9th, 1964.

They revolutionized many creative media surrounding their careers, including their great impact on fashion. The launch of concerts in a stadium venue rather than in a concert hall came about following their August 1965 concert at Shea Stadium in New York City. They were part of the forerunners of music videos, with their filmed song segments in A Hard Day's Night and Help! They looked at the album format as a creative whole rather than as a collection of singles, and with that focus came The Beatles' pushing the technical boundaries of the recording process itself, including multitrack effects, early versions of sampling and using classical string instruments as part of the orchestration background.

I have been a Beatles fan from the moment I was born. I was a 1964 baby with Beatles tunes on the radio as I came into the world. I was also born with a shock of thick black hair, and the nurses called me The Beatle Baby while I was in the hospital.

Celebrating The Beatles today at A Piece of Mind!

1 - I Saw Her Standing There

Posted by Julia Phillips Smith at 7:13 AM 1 comments

Join me at The Popculturedivas for Olympics Inspire More Than Athletes 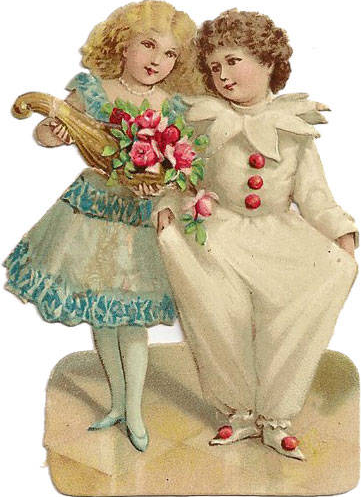 Hope you're having a lovely Valentine's Day!

This week's set will take a look at love...

3 - You're the First, The Last, My Everything -- Barry White

4 - Until (from the Kate and Leopold soundtrack) -- Sting

Posted by Julia Phillips Smith at 10:04 AM 1 comments

It's February, and time for my newest feature for 5 on Friday -- The Hit Makers.

This month, let's get our groove on with funk.

James Brown is credited with actually starting the new genre of funk with this tune.

This group is much funkier than this song. Yet it was their big-selling hit which brought them to the greatest public attention.

Although The Temptations were already a success in the rhythm-and-blues and soul categories, this song launched them as funk artists with a change in line-up and a new producer.

An innovative Renaissance man, Mayfield was a soundtrack composer (Super Fly,) a multi-instrumentalist and a civil rights activist.

This song is the funkiest song in the set, as by 1974 the public appetite for true funk had warmed to a song like Shining Star.

Posted by Julia Phillips Smith at 7:01 AM 1 comments 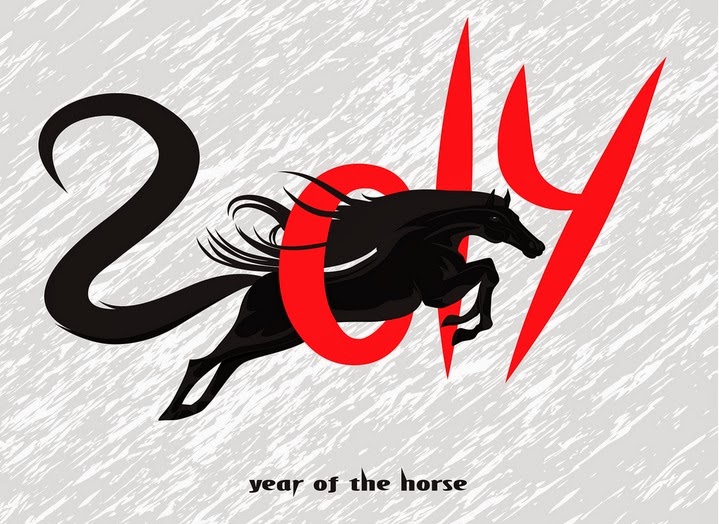 I've got lots of New Year's goodness going on at A Piece of My Mind today. I feel much more excited about the beginning of the Year of the Horse than I did at the Dec. 31st turn of the year for the western calendar. It's just how I roll.

Today my 5 on Friday set celebrates the horse that rides through the celestial path this year. Horse Year brings decisive action, after having shed old skin during Snake Year in 2013. Remember that horses love to gallop with the herd, so stick to your own instincts and don't get wrapped up in impulsive ideas.

Following the music set, keep reading for a cover reveal for my friend Kate Robbins, whose Promised to the Highlander releases later this year.

Welcoming the Year of the Horse!

5 - All the Wild Horses -- Ray LaMontagne

Ah...my horse obsession. I doubt it will ever leave me.

And now, on to my great delight in revealing the new cover for the upcoming release Promised to the Highlander, by Kate Robbins. 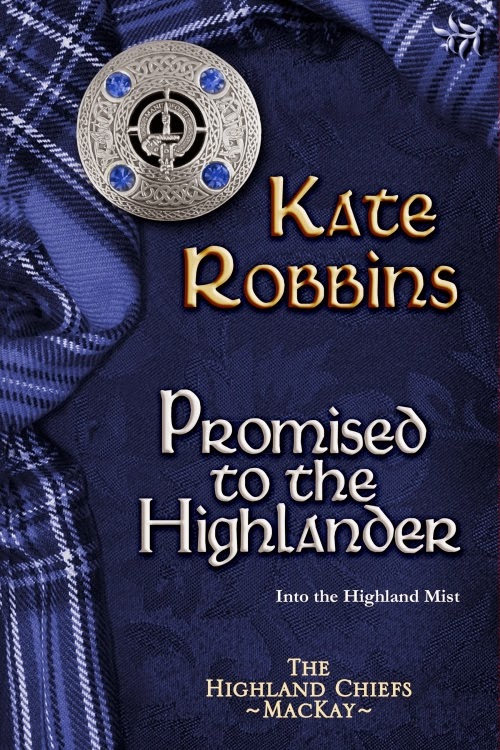 Promised to the Highlander, Blurb

Nessia Stephenson's world was safe until a threat from a neighbouring clan forces her to accept a betrothal to a man whose family can offer her the protection she needs. The real threat lies in her intense attraction to the man who arranged the match—the clan's chief and her intended’s brother, Fergus MacKay.

When powerful warlord Fergus MacKay arranges a marriage for his younger brother, William, he has no idea the price will be his own heart. Fergus is captivated by the wildly beautiful Nessia, a woman he can never have.

When the feud between the MacKay and Sutherland clans escalates, Nessia, William, and Fergus all must make sacrifices for their future. Longing and loss, honour and duty. How can love triumph under such desperate circumstances?

Promised to the Highlander, Excerpt

“For a man who isn’t eager to meet his future wife, you’ve got quite a set of nerves there lad,” Fergus said to William.

William straightened his linen shirt and smoothed his tunic as he glared at Fergus. Yet, the comment was absorbed and William ceased his pacing to sit on a chair near the fire. Fergus watched his brother adjust his belt again. The young man wore his usual dress but had taken greater pains today to perfect his appearance. Fergus glanced down at his linen shirt and sleeveless leather tunic. William’s long hair was tied at his nape while Fergus’s was left hanging loose. He recalled having to take extra pains upon his betrothal. Thankfully those days had passed and he needn’t worry overly anymore. A young lass would surely find William’s neat, respectable appearance appealing. He hoped so, but before he could dwell on it further, a servant entered and announced the arrival of Thomas Stephenson, his daughter Nessia and several of their clansmen.

William sprang to his feet and crossed the floor in a few quick strides to greet them. He continued to fidget as Fergus sauntered up from behind.

“Thomas! Welcome. We thought we’d have to send out a search party soon,” Fergus said as the stout man turned the corner leading into the great hall.

“Aye, the road was a bit rough with a wagon in tow,” Thomas said. The man’s brow was streaked with sweat and he looked weary from his travels.

“We’ve had a lot of rains this harvest there’s no doubting that,” Fergus said. In truth he would have gone searching himself had another hour passed. Earlier that day he’d heard more rumours about Ronan Sutherland. Apparently, the lad had agreed to his father’s suggestion and would commence his campaign in the coming days. Fergus sensed William stiffen beside him as Thomas began the introductions.

“Fergus, William, this is my brother Neville and these three are my sons, Colin, Robert, and Camden my youngest. And this is my daughter, Nessia.”

Fergus acknowledged each man in turn. When the introduction came to the girl and his gaze fell on her, his breath caught in his throat. With black hair and bright blue eyes she stood proud before him with her chin lifted and all the regal confidence of a noblewoman. She displayed no fear or reservation at all, something which was unusual in most men he met, but more so in a woman. The gentler sex usually cowered before him—not this lass.

Fergus stared at the girl, his heart drumming. His guts clenched as if he’d been punched. He had to force himself from moving toward her to touch her hair which looked like spun silk, for surely it could not be real. Fergus remembered his brother then and tore his gaze from her to find William eyes wide and his jaw slacked. An unexpected pang ran through him.
When he turned back it was to find her still staring at him, seemingly unabashed for staring openly at a man. A bold one, then. Fergus’s drew his brows together. What did she want?

Kate Robbins writes historical romance novels out of pure escapism and a love for all things Scottish, not to mention a life-long enjoyment of reading romance. Her journey into storytelling began with a short screenplay she wrote, directed, and produced which was screened at the 2003 Nickel Film Festival in St. John’s, Newfoundland. She has also written and directed several stage plays for youth.

Kate loves the research process and delving into secondary sources in order to give readers the most authentic historical romance possible. She has travelled to Scotland and has visited the sites described in her Highland Chiefs series.

Promised to the Highlander is the second of three books set during the early fifteenth century during the reign of James Stewart, first of his name.

Kate is the pen name of Debbie Robbins who lives in St. John’s, Newfoundland, Canada with her hubby, the man-beast, and her two awesome boys, the man-cubs.

You can find Kate online at the following: