I first bumped into this blog event over at Candid Karina. I devoured every juicy tidbit, and raced over to see what intoxicating answers Miss Frou Frou would have for her interview.

I then submitted my name to Miss Frou and voila! My first blogosphere interview. Here's how it all works:

A blogger interviews you, and you post the answers on your own blog. Then you invite readers to volunteer to be interviewed, and you interview THEM, and they post it on their blog, and so on, and so on...just like the old Faberge shampoo commercial.

I'll just take a little sip of my drink and flick my hair idly, and gaze off into the distance as I ponder Miss Frou Frou's first question:

Miss Frou Frou - As a child, what did you want to be when you grew up?

Have you ever seen the Michael Apted series of documentary films, '28 Up', '35 Up', '42 Up'? I find them completely engrossing, especially since I studied early childhood education and find children forever fascinating. In these films, people are interviewed in 7 year increments starting at age 7, and the startling thing is how much of the original personality remains in each subject. If I were to look at what I was doing when I was 7, I'd be setting my dolls up in a row on the couch so I could tell them stories. Or I'd be constructing elaborate storylines for my Barbie family, some that stretched over a 2-week story arc. Or I'd be wrangling my little friends, sister and cousins to act out social play: "Ok, you be Nellie Olsen, I'll be Laura Ingalls, you be Mary, and you be Miss Beadle. Now, let's play that Laura and Mary are coming to school and Nellie's going to be mean, and then when Laura gets mad they get in trouble."

Miss Frou Frou - And what happened to that aspiration?

The desire to tell stories is something I'm going to have forever. I'm focusing on writing books and poetry at the moment, but I've put that social play/wrangling to use when I went to film school. I really enjoyed writing screenplays. I've acted at school, I've done some editing - everything to do with putting a story together, I love. I even take my photo albums seriously - I always rearrange them so they tell a story visually. I find working on my photo albums very relaxing.

Miss Frou Frou - Who was your first crush, or the first crush you're comfortable sharing?

My first serious heart-stopping crush became my first boyfriend. When I started high school he was in choir and drama with me, and for some insane reason he seemed to return my interest. Even though he was a year older, was totally charming, had no lack of female interest in him, for some reason he kept flirting with me. I remember singing in a concert once when he'd been sick and couldn't sing with us, but sat in the audience. He stared at me and I stared at him the whole time. I kept thinking, 'Am I imagining things? No, I really think he's looking at me...'

When I got a wild idea to work out a comedy sketch about Romeo and Juliet (talk about your subtle plans, eh?) he actually agreed to write and perform it with me. Soon after that we just seemed to be pairing up. With the crowd we both hung out with, it was rather hard to tell at first, because we did things in groups all the time. But after awhile, we started spending time just the two of us. And then he gave me my first kiss. So by then I knew for certain - he was my boyfriend!

I'm still close to that group of friends and I see him whenever we can all get together. For some reason, he always introduces me to people as 'my old girlfriend.' We went out for all of five months! But secretly it's nice to know he keeps that persona for me in his heart, because he's my first love, and that is a role only played by one person. For me, it's Philip Savage.

Miss Frou Frou - If you didn't need to earn a living, and could do whatever you wanted to do, regardless of income, what would it be?

I would immediately start making films!! And obviously continue to write, of course. And travel around to all the home venues for all the great ballet companies all over the world, with my sister. And go to film festivals.

Miss Frou Frou - If they were going to make a movie of your life, who would you cast as you, and why?

Hmm. That's a toughie. Who could be me? You've gotta love a best friend that says I would be played by Natalie Portman! 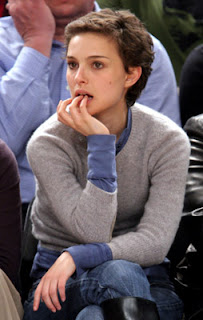 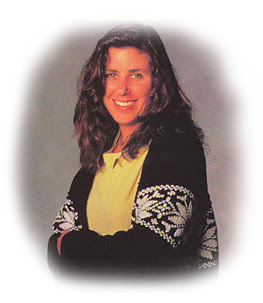 My husband said a combination of Kate Bush and 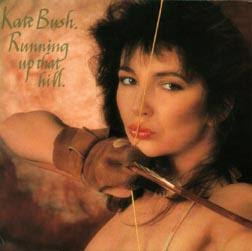 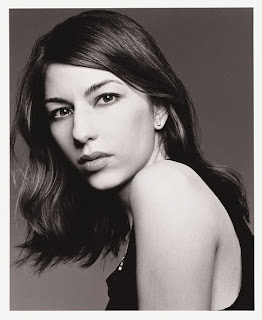 Miss Frou Frou - You can cast other people as well if you want to!

Ok, let's see. My husband is easy - he'd be played by Tim Robbins. They already have the same eyes, same nose, same smile - everything. 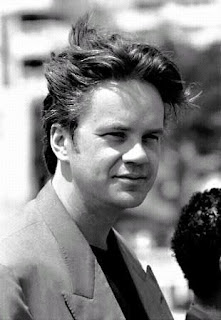 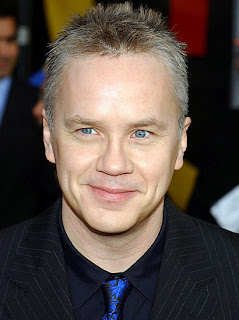 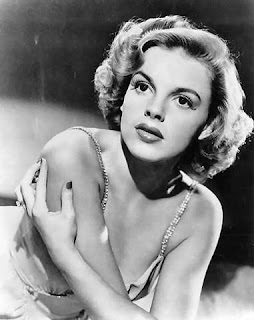 My sister would be played by Melissa Gilbert. 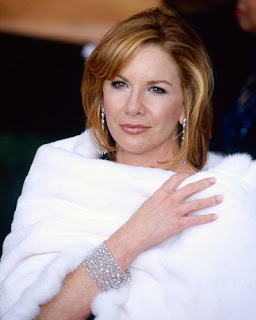 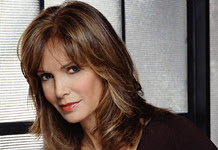 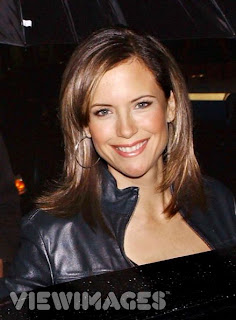 My other cousin would be played by Chris Noth. 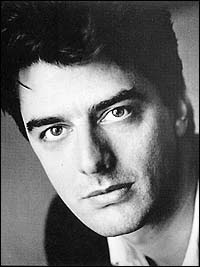 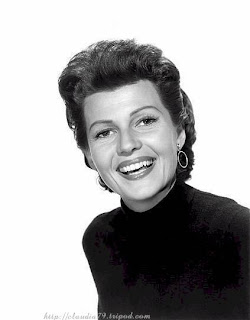 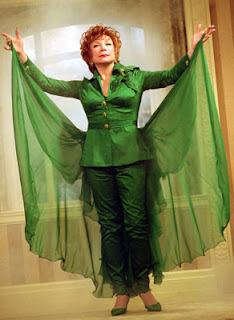 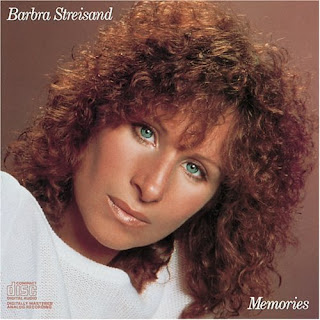 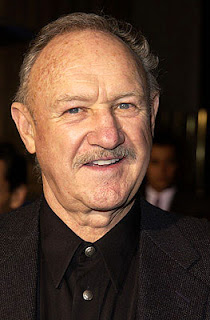 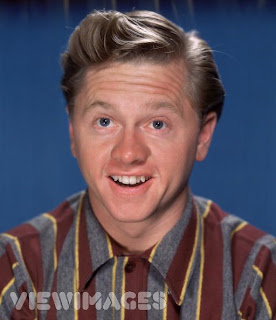 My aunt would be played by Blythe Danner. 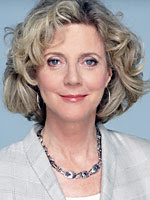 My uncle would be played by Jerry Lewis. 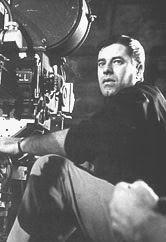 Miss Frou Frou - Silly one to finish... are you a scruncher or a folder?

Definitely a folder. It's much easier to make piles of stuff when you fold things.


Thank you so much for my interview, Miss Frou Frou! Now dear readers, whoever would like me to send you your own set of questions, let me know in comments and we'll 'do lunch.'

Posted by Julia Phillips Smith at 10:28 AM

Whoever did Barbara Streisand's makeup, I don't think they like her very much!

That was a great interview!

That was great! And your casting was bang on. I never realized how much resemblance there was between Brad and Tim Robbins! I liked that interview, that fun to read.

Tim Robbins is super cute, but you know he's like six-foot-a million, or something. That guy is tall in real life.

What a neat idea! Julia, I'd love for you to interview me. :-D I'm going great guns with my fiction projects, but I have Blogger's Block on my writing blog! (Oh, the irony!)

I loved reading your answers -- I learned more about you, and your casting choices were great! :-D

a great interview - I did enjoy that!

I enjoyed this too :)

This was a great interview by Miss Frou and great answers by you. I really enjoyed reading them.

I still have to respond to Miss Frou's questions...I'm working on them...

Sorry... I did read these when you first posted, but so exhausted I couldn't think of a witty response... still can't! I love your cast photo's!