Just in time for the Spookiest Day of the Year, here are 10 of my favorite films that give me that perfect creepy feeling. All synopses taken from IMDB. 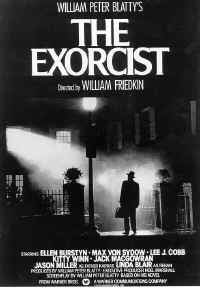 "A visiting actress in Washington, D.C., notices dramatic and dangerous changes in the behavior and physical make-up of her 12-year-old daughter. Meanwhile, a young priest at nearby Georgetown University begins to doubt his faith while dealing with his mother's terminal sickness. And a frail, elderly priest recognizes the necessity for a show-down with an old demonic enemy." 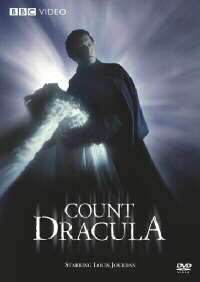 "For those familiar with Bram Stoker's novel, this adaptation follows the book quite closely in most respects. Jonathan Harker visits the Count in Transylvania to help him with preparations to move to England. Harker becomes Dracula's prisoner and discovers Dracula's true nature. After Dracula makes his way to England, Harker becomes involved in an effort to track down and destroy the Count, eventually chasing the vampire back to his castle." 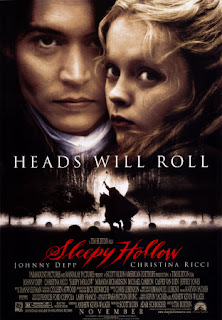 "After the head of a Hessian horseman is stolen, the horseman returns from hell. He takes the heads of the people of Sleepy Hollow until his own is returned. Constable Ichabod Crane (Depp) is called in to investigate three murders. Through his investigation he learns of the legend of the Headless Horseman, but he doesn't believe that the stories are true...until the horseman takes off the head of one of the elders right in front of his very eyes. Now he must race to find out the origins of the horseman in order to send him back to his grave for good." 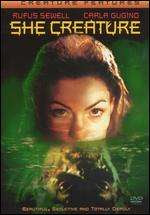 "Two carnies (Sewell and Gugino) abduct a mermaid in Ireland, circa 1900, and decide to transport her to America. As their ship loses its way and heads towards the mythical Forbidden Islands, the mermaid begins to display its deadly side." 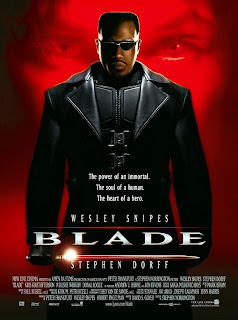 "Born of a mother bitten by a vampire, Blade possesses all their strengths and none of their weaknesses. He is known as the day walker because sunlight does not affect him. With his life-long friend Whistler and the addition of a new ally, Dr. Karen Jenson, Blade endeavors to prevent the evil Frost from unleashing the blood god upon the world." 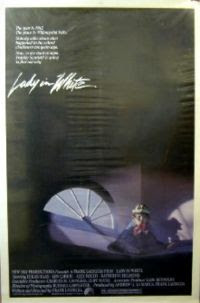 "Locked in a school closet during Halloween 1962, young Frank witnesses the ghost of a young girl and the man who murdered her years ago. Shortly afterward he finds himself stalked by the killer and is soon drawn to an old house where a mysterious Lady In White lives. As he discovers the secret of the woman he soon finds that the killer may be someone close to him." 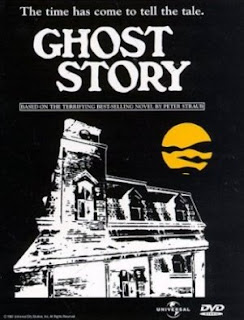 "Four elderly gentleman, the entire membership of the Chowder Society, get together periodically to share ghost stories. These gents have been doing this for a long time there is a sinister reason why. We don't learn until well into the film what that reason is, and the leading up to it is the meat of the story. Set against a wonderfully atmospheric New England backdrop, it is revealed that the distinguished membership of the Chowder Society had accidentally murdered a young girl they were all smitten with 50 years earlier. The girl, brilliantly played by the enigmatic Alice Krige, has come back in the form of a ghost to exact terrible revenge."

No trailer to be had. But the four gentlemen are played by Fred Astaire, Melvyn Douglas, Douglas Fairbanks, Jr., and John Houseman.

Flixter review by BrownRecluse: "The performance of Alice Krige completely delivers. Here she shows her full potential as a great screen beauty as well as an exceptionally talented actress. Her embodiment of the haunting seduces even as it chills. It's perhaps my favorite performance ever. The cinematography by the great Jack Cardiff is tops as well. The cold, dark landscapes and the warm interiors are all bathed in the eerie glow of the haunt. Now if only they could have avoided those cheap shock moments with the rotting corpses and gone for a more deeply haunting image instead, this might have been a great film. It's still effective, though, and the tour-de-force that is Krige's very presence raises it to a level of something special." 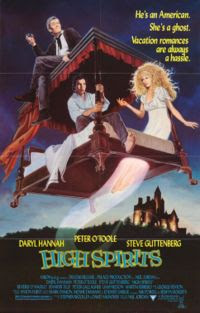 "When Peter Plunkett's Irish castle turned hotel is about to be repossesed, he decides to spice up the attraction a bit for the 'Yanks' by having his staff pretend to haunt the castle. The trouble begins when a busload of American tourists arrive - along with some real ghosts. Among the tourists are married couple Jack and Sharon. Sharon's father holds the mortgage on Castle Plunkett, so she's hoping to debunk the ghosts. Jack, on the other hand, after meeting pretty ghost Mary, is very eager to believe. Can there be love between a human and ghost? Jack and Mary are going to try and find out."

Liam Neeson and Daryl Hannah play the ghosts caught in a loop replaying their haunting over and over. 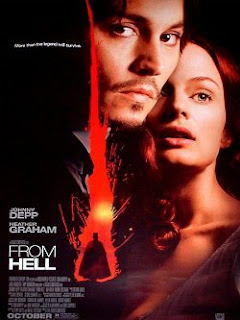 "The infamous Jack the Ripper case set in London of 1888. The Ripper has been running amok in the Whitechapel district murdering and dissecting prostitutes. Scotland Yard Inspector Fred Abberline, aided by his partner, Peter Godley, are on the case to figure out who this serial killer is and why he is killing these women in such a brutal manner. Abberline is an opium addict and when "chasing the dragon" he is able to have visions of the future, a certain psychic ability that allows him to solve cases. As Abberline and Godley investigate the crimes, they become acquainted with the prostitutes who were friends and colleagues of the victims. Abberline begins to fall in love with Mary Kelly, one of the prostitutes, or as the nobles called them "unfortunates", being hunted down by Jack the Ripper. Abberline digs deeper and deeper into the conspiracy and attempts to solve the case before Mary Kelly is the next victim." 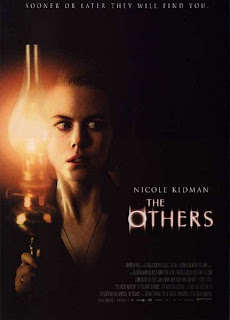 "Grace lives with her two children Anne and Nicholas on an almost empty island in their huge mansion. Grace's husband is a soldier in WWII and Grace has given her husband up for dead. Everything seems peaceful for her, but when three mysterious servants are given jobs at the house, terrifying secrets are unlocked that even Grace cannot handle."

The 1977 BBC version of 'Count Dracula' began my love affair with vampires when I was a girl. Brad -King of Finding Me All The Films and TV Shows I Long For - found it while we were in Toronto two weeks ago. I nearly kissed him right there at Sunrise Records! Warning if you watch it - the 1977 thing is unfortunate in the video effect department. But the casting is perfect for Van Helsing, Mina, Lucy and Renfield, and the acting is top notch. Jonathan Harker usually has a way of coming across as what Brad referred to as a 'wuss', which is bizarre considering the first half is really through his POV. No matter what version of Dracula, Harker has the same problem. I'd love to see yet another version made, because Harker deserves to be a cooler character. And I have yet to see the perfect Dracula. I'll be searching for him till I find him.

Also I MUST warn you about 'High Spirits'. Half of the movie rocks, the other half is embarassing, it hits so many wrong notes. But the ghost story part is so compelling and haunting, it's stayed with me for 20 years.

Posted by Julia Phillips Smith at 12:21 AM

'The Omen' is a good one! I had to leave lots of them off this year's list. I have a whole bunch of funny/spooky ones I always watch at Halloween, too.

A true testament to the fact that I can't watch scary movies is that I've only seen ONE of these (Blade). I used to love scary movies, but I live alone now, and really will NOT sleep if I watch them, every little noise creeping me out to no end...so it's a genre of movie I completely miss out on now. Bummer too, because they can be so much fun!

I've only seen The Exorcist. Have a great day. :)

I remember going to see the original 'Exorcist' it scared the living bejebus out of me!

Oh, Ghost Story is magnificent! And yes, yes, yes on The Exorcist, Blade, Lady in White, and The Others. Here are some more of my creepy favorites:

Can you tell I'm a horror movie fan? ;-D

Happy Halloween to you, my friend!

I am not much of a scary movie person, but I have seen Sleepy Hollow and all of the Blade movies.

Allow me to recommend Underworld