Once again, there is no poem more perfect than the wordless poetry of dance.

On Saturday I had the great joy of watching The Royal Ballet's performance of Giselle in High Definition broadcast at Park Lane Cinemas in Halifax. Having worked as an usher for eight years at the Hummingbird Centre in Toronto, the former home of the National Ballet of Canada, you'd think I'd have seen enough performances of Giselle to last a lifetime. But au contraire.

No true ballet freak can ever get enough. Ever.

And the Opus Arte series of broadcasts from Empire Theatres gives me a chance to see the greatest dancers from the stages of the world when there is not the merest hope in heaven for me to fly to their home cities to see them in person. As you can tell, I'm beyond grateful to the people who came up with this blessed, blessed idea. 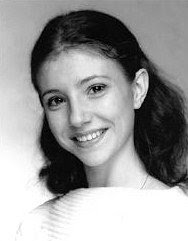 I'd already had the absolute pleasure of seeing Alina Cojocaru in an earlier broadcast of Sleeping Beauty, and couldn't wait to see her dance Giselle. To say that she was born to dance this role is not overstating the case. Her technique is ethereal, perfect for the second act when Giselle has become a spirit.

And her acting is true and heart wrenching, most especially in the Mad Scene which ends act one.

I have watched my share of Mad Scenes by ballerinas who cannot act. I would say that watching the 10-minute Mad Scene danced by a ballerina who can't act should be registered with the UN Convention as a form of torture. Really. I can't even conceive of watching three of those back-to-back. I'd invent stuff to get them to stop.

The marvellous Alina Cojocaru gave us a Mad Scene that punches us in the gut - in a good way. She reaches in and wrings our hearts - but we want her to! See for yourself. This is the end of the Mad Scene where her lover Albrecht is discovered to be a nobleman, and not the peasant he claimed to be. Not only that, but he's promised in marriage to a noblewoman, though he's asked Giselle to marry him. 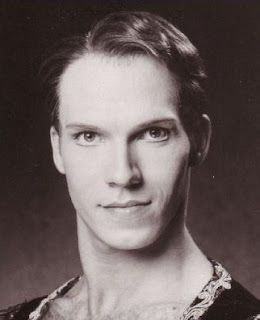 I had the immense pleasure of seeing Johan Kobborg dance at my old theatre when he was a guest artist with the National Ballet of Canada in the 1990's.


I was very sad on my own account when he joined the Royal Ballet in England, but very, very happy for him.

Click here to see their pas de deux from act one where Albrecht courts Giselle.

Here is their breathtaking pas de deux from act two, where Giselle's spirit appears to Albrecht when he visits her unconsecrated grave deep in the forest. They are surrounded by the Wilis, the spirits of jilted women who died before their wedding day. The wilis capture any man they come across and force him to dance until he drops dead. In this scene, Giselle and Albrecht share their love, longing and forgiveness with one another before the Queen of the Wilis begins her fatal command for Albrecht to dance.

Here the dancers speak about their roles in Giselle.

I hope you enjoyed this little peek into my heart. Because if you could look inside, there would be a darkening theatre, an orchestra tuning, an audience applauding as the conductor stands at the podium - and as the curtain rises on the ballet, you would see my heart glowing with an indescribable joy.

Hello Julia~ Love the new look you have going on here. It's really nice.

Your choice for the Monday Poetry Train was a good one as I love to watch dance. Ballet is the most graceful, beautiful dance ever invented. I would very much like the opportunity to see Giselle if the chance ever presented itself.
The clips you've shown here are beautiful and have my interest piqued. My favorite ballet dancer is and will always be Mikhail Baryshnikov. He was an extraordinary dancer. Thanks for sharing. Have a nice evening.

Thanks for the peak inside your heart - it is a beautiful place.

whoa you've had a gorgeous makeover!

you know, because of your posts about ballet since i 'met' you i have begun to lose the sense of intimidation about ballet. your enthusiasm coupled with your descriptions and explanations have me believing that I am capable of comprehending it as well enjoying it beyod those occasional moments that surprise you and widen your eyes tho you don't quite know why.

so in a sense you have become my ballet appreciation teacher in the way Lawson Inada was my poetry appreciation. just don't expect me to start dancing. Giselle I'm not!

Michelle - Baryshnikov is my forever favorite, no substitutes!! His version of Albrecht is crazy good. Jaw-dropping stuff. It's the 1977 version of 'Giselle' with Natalia Makarova. Her Giselle is not my favorite by any means, but to get the ideal Giselle and ideal Albrecht in one place at one time might shatter the space-time continuum. You might be able to borrow it from your library. I own the VHS version.

Joy Renee - LOL! I'm no Giselle, either! Thanks for sharing my passion with me. I have a feeling there will be more of these posts in the future. I can't help myself!

Well, you know how much I love ballet. I can't figure out how to add writing buddies, but feel free to add me, Amy Ruttan, as a buddy.

Oh, do I understand the feeling you put into that last paragraph. We're not that different, you and me.

I love ballets! Thanks for posting this..

And welome to MPTV!