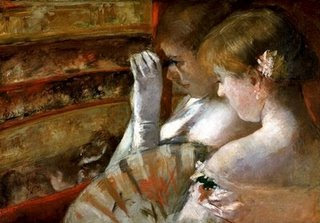 Film director Roman Polanski flew to Zurich, Switzerland on September 26th to receive a lifetime achievement award at the Zurich Film Festival. Instead, he was arrested after fleeing a conviction for felony thirty years ago in California.

I can't help but imagine the hope of prosecuters as they waited to see if the filmmaker would show up for such a celebration. He'd always been careful to avoid picking up an Oscar, but surely within Europe he would be left alone to reflect on an astounding career. 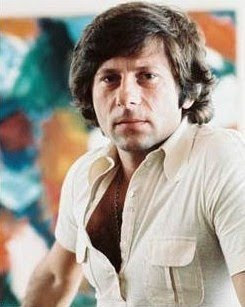 I'm actually an admirer of his films. We studied Knife in the Water at Ryerson, as well as Chinatown in my screenwriting class.

His version of Oliver Twist is absolutely heartbreaking and haunting.

And The Pianist is unrelenting, searing and somehow hopeful amid all the horror of war.

It is my belief, however, that a man who flees justice is saying more by that act than any one of his celluloid masterpieces will ever hope to do.

What was the felony he was charged with?

Statutory rape of a 13-year-old girl.

Using sedative drugs to disarm the girl and ensure the victim's compliance.

Let's stop for a moment and recall a few statistics about pedophile predators:

"Al Carlisle, former prison psychologist, estimates that a pedophile may molest as many as 100 children before he is caught." - Stephen T. Holmes, Ronald M. Holmes, Sex Crimes: Patterns and Behaviour

"Ego-psychologists assert that pedophiles have never developed a well-defined sense of self. Having sexual contact with children enables the pedophile to surmount the sense of shame, humiliation or powerlessness experienced during victimization as a child." - Juliann Whetsell-Mitchell, Rape of the Innocent

At age 6 he was herded into the Krakow Ghetto in Poland, where he lost his parents to imprisonment in Nazi concentration camps. His mother perished, his father survived.

Roman escaped the ghetto and was taken in by Polish Catholics until he was reunited with his father.

Sufficiently traumatic for anyone.

For those wondering why a 76-year-old man should face charges dating back thirty years, would anyone ask the same question if he was a priest who had raped a child in the 70's? The public is generally eager to prosecute priests. Is it because they don't direct incredibly remarkable films?

For those remembering that in addition to Polanski's nightmarish childhood, his thirties were marred by the gruesome murder of his wife Sharon Tate, eight months pregnant, by Charles Manson's Family - surely one might think the man has suffered enough for one lifetime.

Certainly his films are colored by his losses and emotional pain: Repulsion, The Tenant and Rosemary's Baby.

I still return to the knowledge that he fled a conviction to which he pleaded guilty by jumping bail, and returning to France where there is a firm refusal to give up its citizens to foreign governments. Moreover, Polanski curtailed all travel plans if there included any chance of being returned to face US authorities.

Until this last decision to attend the Zurich Film Festival.

Ms Snarky Pants says Personally I think if he didn't want to end up in prison he shouldn't have had sex with a 13 year old girl after giving her drugs.

Marsha says His victim, 13 at the time, can't put it in the past as the media keeps bringing it forward.

Akelamalu says Being a fantastic film director doesn't excuse raping a child does it, even if it was 30 years ago? I cannot feel sorry for him. :(

You know, I was watching Rosemary's Baby when I went into labor with Finn. I was a little concerned that it might have been an omen, but he's about as far from a Rosemary's baby as any baby in the history of time. hehe

Personally I think if he didn't want to end up in prison he shouldn't have had sex with a 13 year old girl after giving her drugs. But then I'm not a very forgiving person about things like that. Children are precious and though some 13 year old girls don't look like children anymore they still are.

I honestly don't know what to think or say.

I know his victim, 13 at the time, has stated that she has lived a victim to this story and his fame, being followed with cameras and reporters, etc for too many years, and that she and her family would now like some peace from her past. She can't put it in the past as the media keeps bringing it forward.

If I'm not mistaken yesterday she went and dropped all charges against him, but the state can still choose to prosecute.

Being a fantastic film director doesn't excuse raping a child does it, even if it was 30 years ago? Having been abused myself when I was a child I cannot feel sorry for him. :(

It is a sad state of affairs really. I watched Knife in the Water too! it was brilliant and so were his other films you mentioned.

But what he has done cannot be forgiven!

But seriously - a 13-year-old is definitely not mature enough to make the decision to have sex with a 44-year-old man, which is how old he was when the statutory rape took place.

Marsha - It's interesting that the woman has currently reached a place where she feels ready to forgive. Which is an important personal journey for her. However, the crime committed did not result in time served. What is actually at stake here in this case is Polanski's flouting of the law.

Akelamalu - We have yet another thing in common, this time unfortunately. Here's a ((hug)) from one child to another.

I agree without reservation that Polanski's artistic achievements in no way have anything to do with the crime he committed. I laughed when it came out on the news that the authorities had finally smoked him out through a lifetime achievement award. It really appeals to my dark sense of humour.

Nikki - I find I'm repelled by the people who are coming to his defense. If the girl in question had been their sister or daughter, they'd be singing a different tune.

Very, very true that if he had dealt with it then, it wouldn't have dogged him for thirty - count 'em - thirty years. Perhaps there's even some poetic justice in that.

I'm sympathetic with you to a point, but recall that Polanski's decision to flee was partly motivated by wildly inconsistent signals he was getting from the District Attorney's office depending on who was assigned to the case. They swung back and forth very erratically between suggesting a mildly lenient sentence such as a year probation with psychiatric evaluation to 30 years in jail. It was this lack of consistency in suggested possible outcomes that played a major role in Polanski's decision to flee America, who in the early stages of the case was actually being fairly co-operative. This same erraticness played a role in the Swiss court's recent decision to not extradite him, as it had overtones of "judicial misconduct". No matter how serious the crime, if the police and/or courts don't play by the rules, the defendant gets leverage.

However, I am more sympathetic to your concerns than this post suggests.