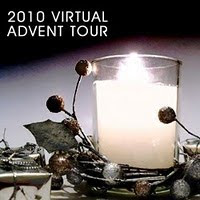 Welcome to this year's edition of the Virtual Advent Tour. The tour has been running for five years now, and this is my third year participating.

As a lifelong Christmas devotee, I was in an odd place during the Christmas of 2007, when I first came across this blog event. My dad had passed away nine months earlier, my grandmother had just passed away at the beginning of that December, and my father-in-law was in the last month of his life.

I was a little numb. A part of me reached out for Christmas, while another part of me could only watch Christmas stumble past. When I found this blog tour of other Christmas enthusiasts, writing about all the things that made this season special for them - it was a lifeline to sanity. It helped me to celebrate even in the midst of my sorrow. 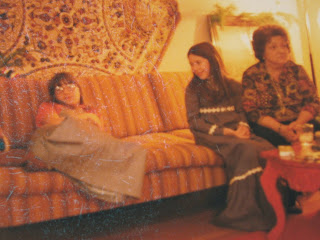 So now I'd like to invite you to the most special night of the year for my family - Christmas Eve.

My family and my cousin's family grew up together, more as one group of eight rather than two groups of four. We were constantly at one another's homes, so the evening of Christmas Eve needed to be super special.

We began dressing up in our most formal wear for this biggest night on our social calendar. When we were kids, we settled in to watch the Christmas TV specials that were on, like Rudolph, Santa Claus is Coming to Town, The Grinch and A Charlie Brown Christmas.

That's me above, waiting for my second wind, with my cousin Julianne looking on, and our Gram. We're pictured in Auntie's living room, where the adults gathered for drinks and to chat while the kids played around the house and chatted our little-kid chats. We always knew we had progressed into a new era of our lives when we gravitated toward sitting with the adults rather than hanging out in the TV room with the kid hors d'oeuvres of cheesies and pop. 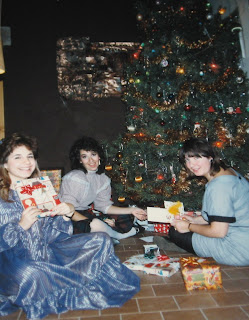 As we got older, we stopped eating the kids' meal of hotdogs and french fries, and we discovered the wonders of my aunt's seafood bisque, a dish I dream about all year long. 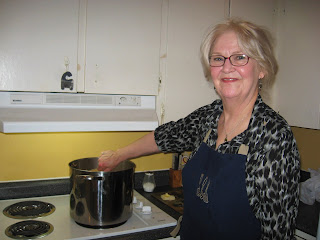 She's usually busy stirring it as we arrive, because it can't be left unattended even for a second. 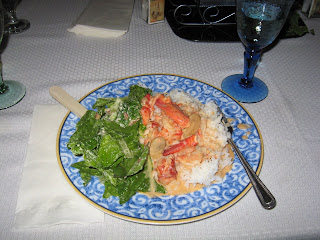 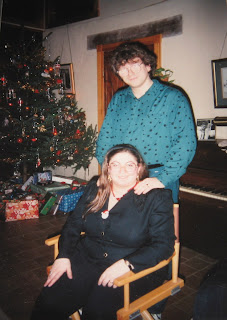 Spouses were folded into the mix, and new little cousins as they appeared. 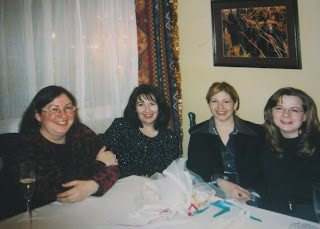 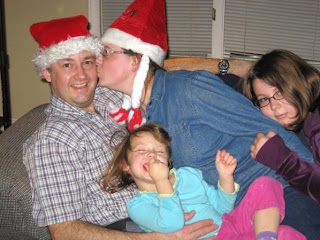 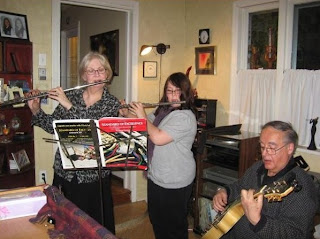 My musical family began having a musical Christmas Eve. It's an East Coast tradition to have impromptu musical parties erupting in homes all over this region. But we do rehearse just a tad. We try to keep our performance pieces as secret from each other as we can so there will be a bit of a surprise for everyone. 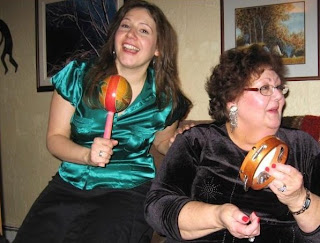 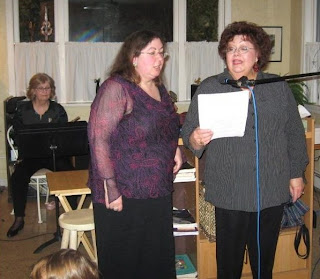 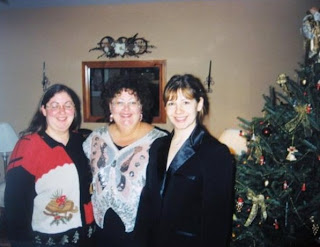 There's always the possibilty that we try to dress up on this special night as a way of keeping the silliness factor under control.

But as you can see, it only ever meets with mixed success. 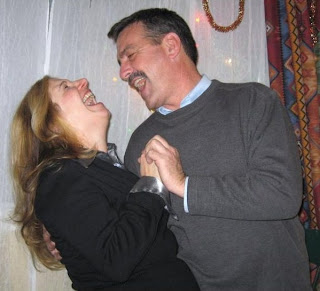 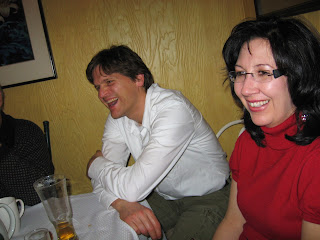 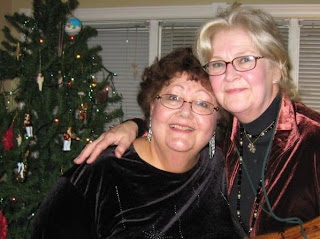 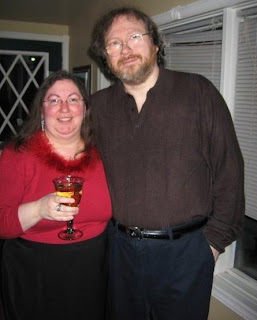 This year we'll be in Toronto to celebrate with my husband's family.

But the East Coast Christmas Eve will carry on while we're enjoying the love and hugs from our Big City family and friends.

From our celebration to yours, may you have the Merriest of Christmases.

Thank you to Kailana @ The Written World and Marg @ Adventures of an Intrepid Reader for hosting this beautiful event. ((hugs)) to you!

Posted by Julia Phillips Smith at 12:02 AM

What a wonderful tradition, Julia. And great pictures - some joyous love and family fun evident on your faces through the years.

I hope you have a fabulous time in TO - a very Merry Christmas to you and Brad :)

Gosh, Julia, I can't think of a more lovely description to celebrate your 1000th post (congrats)! I've got tears in my eyes. Hope you have a wonderful Christmas in TO - you certainly have the spirit within you!

Beautiful! A very Merry Christmas to you.

looks like you & your family always have such fun. what a wonderful tradition to carry on. love how you all do a musical Christmas. may you and your husband have a great time at his family's place this year. Merry Christmas to you & yours.

What great memories and traditions for Christmas Eve. The musical festivities sound like such fun!

Julia, your family Christmas sounds wonderful. Enjoy the big city and we'll se you in the New Year!

What wonderful traditions Julia and congratulations on your 1000 post!

Wishing you and Brad a wonderful Christmas. x

Thanks for sharing your pictures Julia. Looks like a happy and treasured Christmas tradition. For years our family has spent Christmas Eve at my sister's. We have the "traditional" seafood chowder and my sister's MIL's pork pies - that have no pork in them.

You've inspired me to take pictures of our traditions this Christmas Season.

We spent many Christmases with cousins when I as younger, but as we aged, we grew apart. I'm so happy for you that you have continued the tradition. Have a Merry Christmas!

Congratulations on your 1000th post! Thanks for using it to share your family's history and traditions. Merry Christmas!