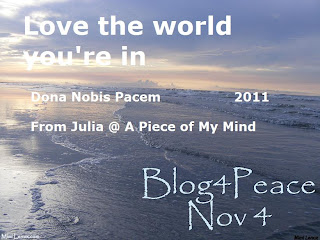 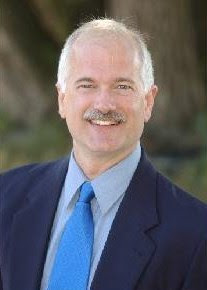 Let us be loving, hopeful and optimistic

This year's Blogblast For Peace is dedicated to the late Jack Layton, the newly-elected leader of the opposition here in Canada who passed away after scoring a nation-changing victory in the spring.

On the day of his passing, his family released a Letter to the Nation from Jack.

In his closing words, Jack has left us all a legacy that resonated deeply with millions of people.

He was known as a scrappy political opponent in earlier days, but in his statesman years Jack had perfected the art of reaching compromise between radically opposed parties. He knew how to listen past the rhetoric, and had the iron will to insist on taking action that included practical solutions, not just lip service.

Jack is the ideal embodiment of the Blogblast For Peace movement. He sought dialogue and action together.

Here's my Blogblast For Peace 5 on Friday set - and here's to you, Jack.

1 - Give Me Love (Give Me Peace on Earth) - George Harrison

This was performed at Jack's state funeral, held at Roy Thomson Hall in Toronto.

5 - Into the Mystic - Van Morrison

This was also performed at the funeral.

Peace to all from Julia @ A Piece of My Mind.

Posted by Julia Phillips Smith at 6:36 AM

Fantanstic,Peace be with you mu friend.

I used that quote from Mr Layton's letter as one of my 100 reasons to blog for peace.

I appreciate your combining FoF with Blog Blast. Best wishes to you and yours for peace today and in all the days to come.

((hugs)) to you both! Love and peace on this contemplative day.

Those words are indeed apt. Love and peace Julia!

I wish we had more politicians like that. Peace be with you today and every day.

George has got to be my favorite Beatle. Somehow, he seems more soulful. Great set for this peace blast day ... or any day.

Love your Peace Post today Julia! Peace to you and yours m'deario. x

Great tunes for a great man. Jack is sorely missed. Peace to you, my friend.

I wish you peace my friend, today and every day.

That is my favorite edition of "Somewhere Over the Rainbow". The man that sings it had a voice like an angel...so beautiful and thoughtful. I wish he was still with us.

Great blog, Julia! See you this Thursday at DartNet After Hours at Sweet Smiles Pastry Cafe in Dartmouth N.S. for your informal chat. www.dartnet.ca
Tara

You always pick such an interesting selection.

What an incredible man of peace. "He knew how to listen past the rhetoric"

And that's what it takes. Such a loss. Thanks for posting about him.
The music is divine.

Peace be with you and yours, Julia x