I've been tagged! Ellora's Cave author, Wylie Kinson, nailed me in the Tag, You're It! game.

Here are the rules:
1. Link to the person who tagged you.
2. Post the rules on your blog.
3. List 6 unspectacular quirks you have.
4. Tag 6 bloggers by linking them.
5. Leave a comment on each person’s blog to let them know they’ve been tagged.

I always find it to be such a challenge to think of unspectacular quirks. I'm made up of nothing but quirks. How can there be anything unspectacular about moi?

Alright, alright - I'll think up 6 quirks and we'll call them unspectacular - how's that?

What are those, you ask? Well, animal totems are spiritual guides who come to you if you can understand what they're saying. Did you ever hear the saying, when the student is willing, the teacher will come? 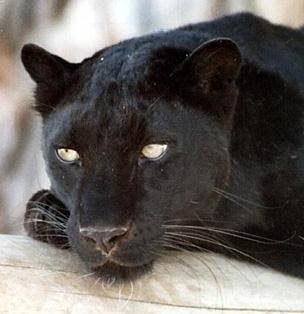 Most people aren't even aware of their animal totems, but with some attention, you'll start to notice. For example, my animal totem is the black panther. I've been attracted to panthers for my entire life, and I have a collection of panther prints and figures. I adore black Jaguar cars. I love everything to do with panthers. And the description of a person with the panther as her totem might as well have my picture on it.

One aspect of a person with the panther totem would explain my constant stream of messages given to me by animal totems. "Every thing about Black Panther has been geared toward a heightened awareness of his/her surroundings. Mysticism surrounds the Black Panther. With her penetrating yellow-green gaze, Panther evokes the sense that she is capable of looking into the future. Hence this beautiful cat is closely linked to Seers and Prophets." - Life Paths

So how would a person realize she's getting a spirit message from an animal totem? It all depends on the timing. And also on the oddness/appropriateness of the sighting. 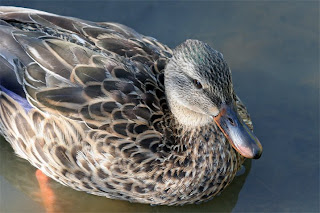 For example, earlier this week I left the house to catch my bus for work. I live in a suburb, so it's never happened before that two ducks were hanging out at the corner of my street. I tried mentally telling them to shoo, but several cars had to drive around them before they decided to waddle up onto a lawn out of harm's way.

What was happening with me this week? I've been doing a lot of work on my Scorpius story, which in turn has stirred up some personal emotional work for me.

So what was Duck trying to tell me? "Her message is to listen to emotions and feelings as the bringers of truths, as opposed to side stepping or ignoring them as intolerable or shameful. Water Energy is the carrier of intuitive messages that can be missed due to intellectual stifling." - Goddess Realm Animal Totems 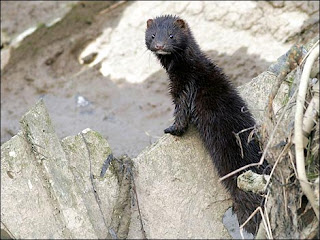 When I was coming towards the end of my contract at the pension agency a few months ago, worrying and worrying about not being hired permanently, I walked towards the ferry after work. A black mink scurried along the wharf, right beside Salty's restaurant - right in front of me. Minks - if you're wondering - are not that common on the very populated and urban waterfront. In fact, I'd never seen one before that.

What had Mink come to tell me? "Are you completing a life cycle, something that you started long ago? Perhaps you are ready for a move? Mink will guide in this direction and will last approximately 2-3 weeks. Allow Mink's wisdom to show you the power of adaptability and balance." - Star Stuffs

After a really stressful month, I was hired permanently. Mink told me not to worry, but I worried anyway. But I did remind myself that Mink had told me not to. 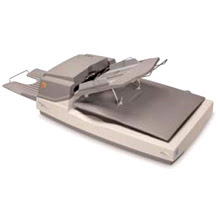 2 - My scanning position would be a nightmarish bore to some people. Well, to many people. But for me, it's just the thing. I find tedious, repetitive work anything but.

For me it's meditative. It allows one part of my mind to work on my stories while I'm being paid to do something else for the province. It's win-win all around.

No drive-through speaker asking me for my order.

I've got too many characters clamoring for my attention in my head as it is. 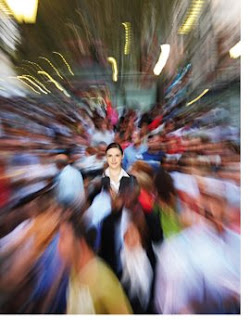 4 - I love wading into crowds, but I hate having to talk to individual people.

I love taking the bus, but I just want to sit there, look out the window and think. No talking to the person next to me. No extroversion, please. I'm an introvert.

I love moseying through a mall filled with shoppers. I'll even answer a question, if someone asks me. But I'll never go up to anyone myself and ask anything. Forget it. 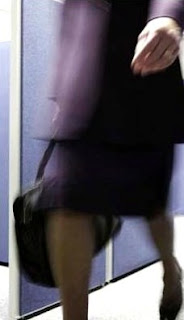 5 - I don't have patience for people who have no patience.

Try and wrap your head around that one. Actually, to me it makes perfect sense. I'm very patient. I take my time and do things right.

Rushy people generally make mistakes, have to go back over their work and fix things, or the ultimate horror - they just don't care and let it go as is. 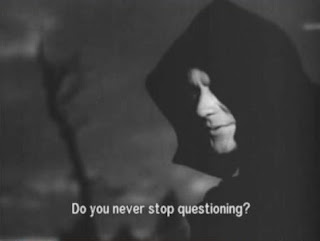 6 - If the particle smasher comes into common use, the first thing I would like to put into a black hole would be English-language voiceovers for foreign-language films.

Honestly, I can't bear to listen to them. Give me the beauty of the language being spoken by the actors. Let me hear their breath caught in their throat, their laughter, their cries. I don't want to experience half a performance.


Well, that was fun. Thanks, Wylie!

Posted by Julia Phillips Smith at 10:17 AM

Those were really interesting snippets about your Julia! :)

Well, since you'd like the boys to answer this, I won't ignore it after all! :D

Hey Julia, it's the first time I've ever been tagged.

I've put off watching Primeval just so I could do this - it was fun!

I will get to this, but it might take me a while. Ya know, the whole being without a computer thing (it's really getting old, let me tell you, and not a sledgehammer in sight). :)

One day, my fiction will go past Trevor and we'll ALL miss that boy!

the animal totem thing is quite interesting. makes me wonder about very regular appearing of snakes, cats, dolphins and bears in my dreams. then there is the way ravens always seem to be calling out to be as I'm walking by where they are perched which only started happening since the late nineties after we raised a fledgling that fell out of a tree in our yard until it could fend for itself. but that was over 300 mi north of here and even while we were in the Silicon Valley another 400 miles south they seemed to always be singling me or my husband out.

i collect dolphins ever since a dream in which i was leaping in the surf with them as tho one of them and feeling the most exquisite joy.

well i finally got my own up sorry it took so long Friday Forays In Fiction: Work Habits