1 - Nine months into being published, this August saw my third official author event, which took place at Fan Expo in Toronto Aug. 23 - 26.

I'd like to take this opportunity to thank my friend Tara for helping me to navigate the hoops and hurdles involved in being an exhibitor. 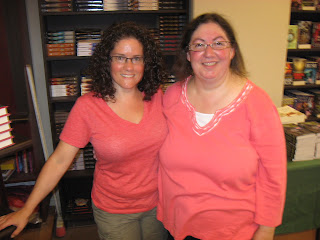 2 - After flying into Toronto, I made a quick dash downtown to snag gift certificates for my Fan Expo contest--one for Bakka-Phoenix Books and one for Silver Snail. Here I am with Chris, my good friend and the manager of Bakka-Phoenix. 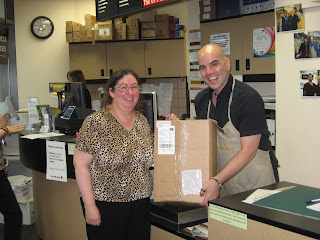 3 - Day 2 in Toronto became Day 1 of Fan Expo. My brother-in-law Jeff drove us first to UPS Store 421 on Front St. to pick up my boxes of books, and then a few blocks further for the load-in at the Metro Toronto Convention Centre. Dino, the manager of the UPS store, had them all ready for me right by the counter. More strategic brilliance from Tara--thanks! 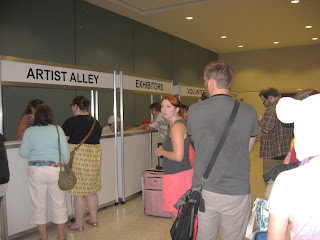 4 - It took awhile, but I finally got to the Artist Alley counter to pick up my exhibitor badge. Excitement was building... 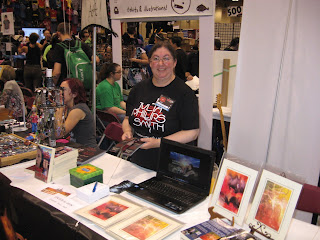 5 - Once we trundled our way through the enormous convention centre and found my booth, we set up my books, along with a looped DVD showcasing my book trailers, my mom's watercolor ink prints (including her dragon print featured on the back cover of my Dragonsfyre series) and my contest for the book store gift certificates. 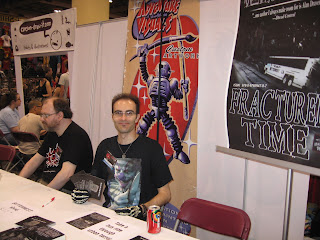 6 - My neighbor for Fan Expo was Alan Draven, horror and urban fantasy author.

The saying "when the student is willing, the teacher appears" pretty much sums up the cosmic placing of Alan next to me at my first convention. He sold out of his books by the last day with a few hours to spare. My husband could quote verbatim Alan's disarming pitches that stopped strolling convention goers in their tracks and ended up with a sale nine times out of ten.

He was on fiyah. 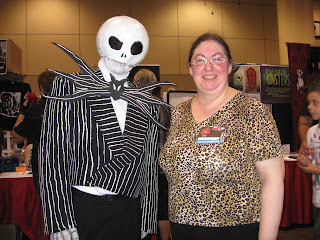 7 - The costumes of convention goers were phenomenal. I had to stop Jack Skellington for a picture. 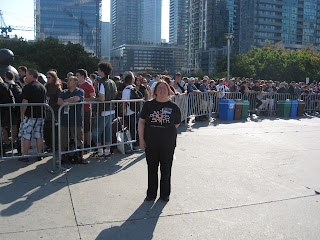 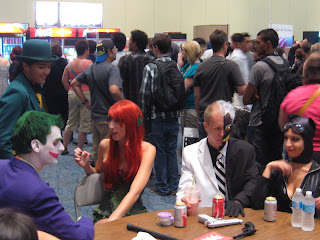 9 - Saw the Batman villains having lunch as I stood in the Pizza Pizza line-up. Hats off to Pizza Pizza for getting me through a 30-customer line-up in 15 minutes. And for somehow having pizza that wasn't dried-out or under-cooked. 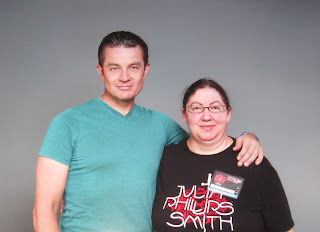 10 - Since my blog readers voted Spike the Ultimate Vampire last October during the Take it to the Mat Ultimate Vampire Smackdown, I figured I should tell James Marsters about it, since he was at Fan Expo as well.

Okay, so he was headlining at his own panel and I was in the Indie Artist Alley, but whatever.

When I mentioned that he'd won "over the two True Blood guys," he said. "Well, that's because we had the better writers."

James = generous co-creator with writing team of the Ultimate Vampire 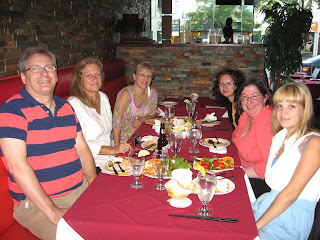 11 - My thanks to my brother-in-law Jeff, at left, for all the help with picking up the boxes of books on both Day 1 and Day 4 of Fan Expo.

To my sister-in-law Karen, second from left, for doing some early Christmas shopping!

And to my niece Pamela, at right, for getting my Dragonsfyre banner and author logo t-shirts ready for me.

Also enjoying a delicious Thai dinner out are my sister-in-law Violetta and her niece Natalia. 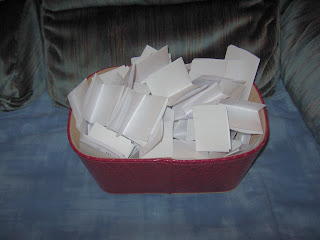 12 - Now that I'm back from my post-Fan Expo vacation, I held the draw for my contest last night. 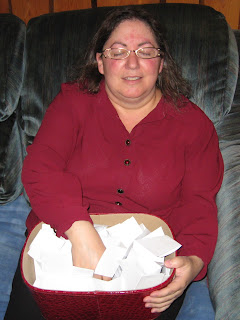 Check your email for a notice from me...

Posted by Julia Phillips Smith at 12:07 AM

It certainly looks a thoroughly thrilling experience. I hope there were many visitors to your booth, and many new recruits to the Julia Phillips Smith readership!

The t-shirts are ace. All hail Pamela!

Looks like a fantastic time. You know how I can tell? That great big beautiful smile you have!

And to Mr Marsters...agreed. Buffy had way better writing, IMO.

AWESOME job!!!! I'm thrilled for you that you're kicking butt and taking names.