Why Have One Work Christmas Party When You Can Have Two? 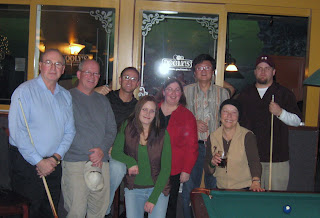 The wonderful thing about starting this year at one workplace and ending it at another is getting invited to two work Christmas parties. The first one was given by the registry of deeds scan team, where I worked for two years and left in March for another position at the pension agency. 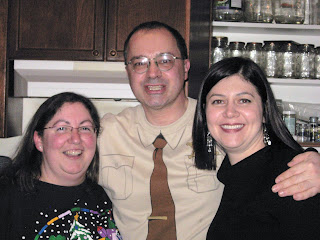 Although I left the pension agency in October when my contract ended, I'm still in contact with everyone and I even have a job interview for another position there on Monday. The pension agency party was at my former manager's apartment, and because his nickname is Sheriff J.R., he was wearing his Sheriff J.R. tshirt which I thought was very fetching. 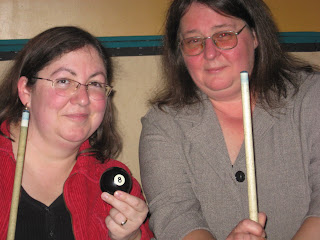 At the registry party we played pool - or tried to... Right, Patti? 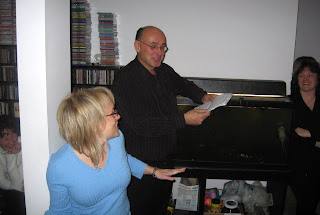 At the pensions party, we listened to Jim's epic poem about our office. 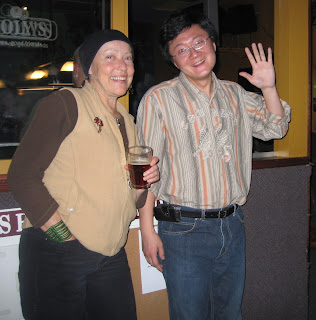 At the registry party, I got to see old friends I miss so much. Like Pam and Ning! 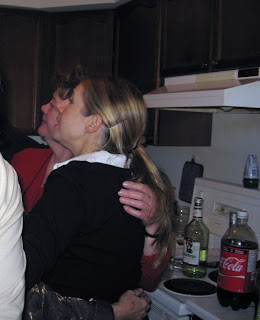 My sister also worked at pensions, before I got there. We had a wonderful time reuniting with office buddies. 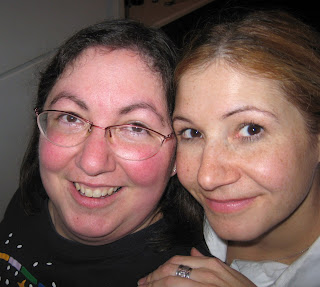 In fact, most people at pensions had never seen us together before. 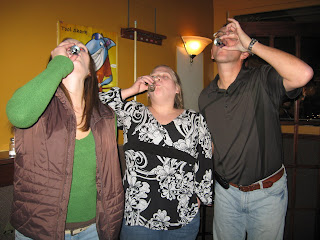 At the registry party, many rounds of shots were downed. 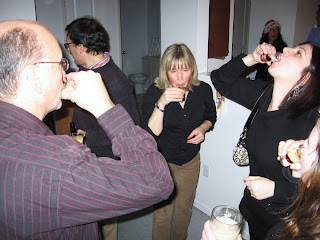 Over at the pensions party, many shots made their way down many a throat. 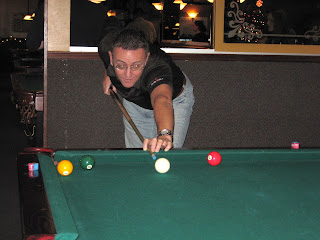 At the registry party, my old supervisor lined up the shots. 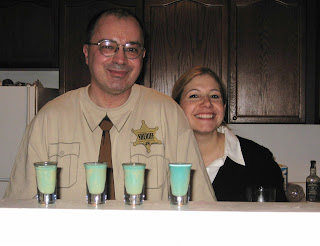 At the pensions party, my old manager did the same. 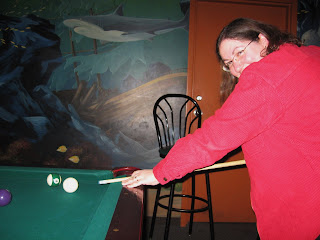 The registry party came with a lovely ocean mural. 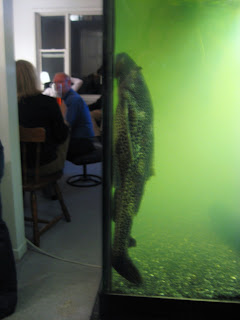 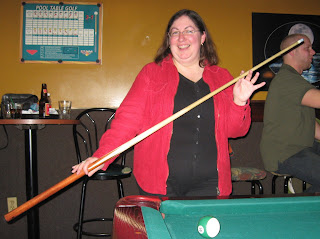 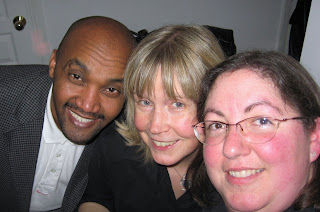 Looks like everyone had a grand time. Yes, two parties are always better than one. Have a great evening. :)

Y'all were having waaaay too much fun, fish and all. ;) And I can definitely see the resemblance between you and your sis. My sis and I look NOTHING alike. I'm gone for a few so I'll check in when I get back at the end of the week.
Blessings,
~Toni~

Two parties is definitely better than one.

Looks like you all had loads of fun, Julia. Two definitely sounds better than one ;)

Looks like you had a great time at both parties!

Sounds and looks like a fabulous time had at both parties!

did someone got tipsy on whiskey?