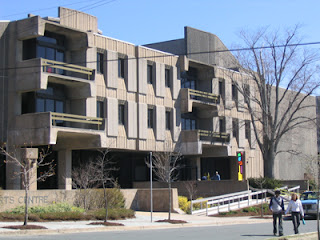 I've spent the last couple of nights in one of my favorite of all places - settled into my theatre seat to watch a show. On Valentine's Day my mom and I went to see the Atlantic Ballet Theatre perform The Phantom of the Opera at the Rebecca Cohn Autitorium in Halifax. This is a six-year-old company whose home city is Moncton, New Brunswick. In a very short time they've created a repertoire which includes six full-length ballets.

I've wanted to see them perform every time they've danced here in Halifax, but my wallet was always on a different schedule when they were here before. I was really sad to miss their prior performance of Phantom, so when my mom and I read that they'd returned with it, we got tickets right away.

This is a ballet version of the Gaston Leroux 1910 novel, set to music by Francis Poulenc. The choreography by Igor Dobrovolskiy was uneven, with the first act a little vague as to story compared with the second act - which rocked! 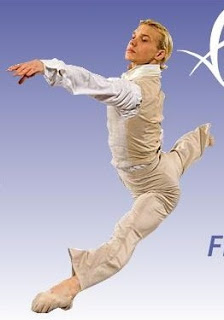 The best, most wonderful thing was my discovery of dancer Kostyantyn Voynov. Born in the Ukraine, he's settled in New Brunswick as a founding member of this young dance company. Yay for me! What an exciting find.

His technique is superb, his acting very passionate and his stage presence charismatic. Thank you, God, for Kostyantyn Voynov! 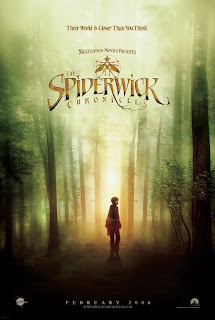 Tonight I met up with Brad after work and we caught The Spiderwick Chronicles. Brad and I both quite liked it. It follows the story of a boy trying to cope with his parents' separation, a move from the city to a small town, and the discovery of a Field Guide to magical beings which a malevolent creature will stop at nothing to wrestle from his grasp. I really enjoyed Freddie Highmore's performance. Here's a few capsule reviews -

Roger Ebert of the Chicago Sun-Times says: "What will cause nightmares for younger kids will delight older ones, since The Spiderwick Chronicles is a well-crafted family thriller that is truly scary and doesn't wimp out." 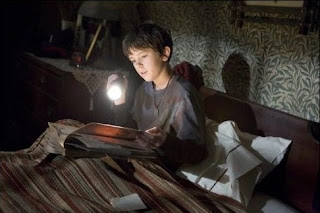 Peter Sobczynski of eFilmCritic says: "It offers a certain number of pleasures for those viewers who think that they have seen it all before, including some nice bits of humor here and there, a surprisingly serious undertone and a gleefully over-the-top finale that will no doubt delight kids and appall overly sensitive mothers all across the country." 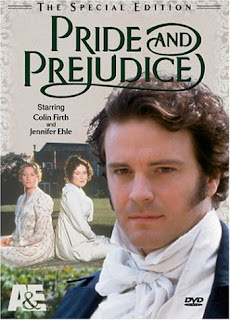 And heading into the weekend, I'll be curled up on the couch watching multiple versions of Pride and Prejudice. The A&E version continues on Sunday with the incomparable Colin Firth. 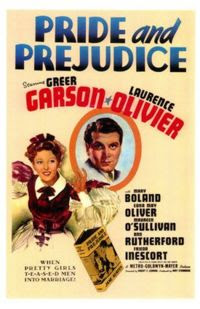 I'll finally be able to see my adored Laurence Olivier's version of Mr. Darcy in the 1940 film. My former manager at work has an extensive collection of DVD's and loaned it to me. 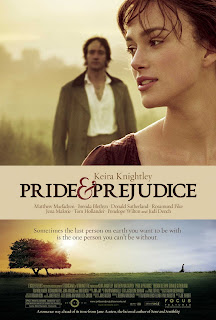 Though it's lowest on my totem pole, I should take another look at the Matthew MacFadyen version of Darcy. He had some good longing and tension going on. 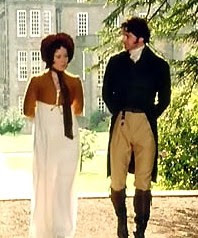 Who is the ultimate Darcy? 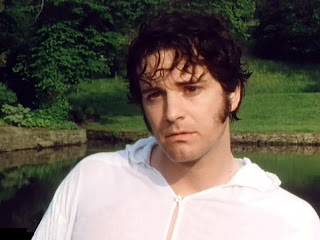 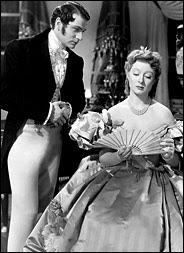 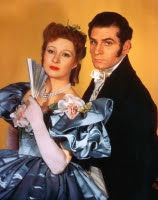 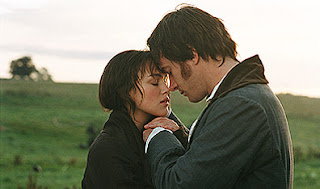 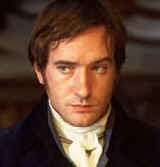 Don't you just love men in tights and breeches? :0

Which is the best Darcy? Hmm, I think I have to go watch Colin Firth and Matthew MacFadyon again, and again...

Isn't Colin Firth in the BBC version? Or is the A&E just a repackaged version shown in the US? I'm guessing yes. I haven't that one, cos I'm not really into Firth, but I do like Macfadyen quite a bit.

Hmmm. Based on the images alone, I'd have to say Matthew McFadden. The second to last photo is exquisite; evokes great emotion (tender, and the background calming).

Julia, the ballet sounds divine, and I'm so glad you discovered a gem in the new dancer. Our community college back in Ohio always had a wonderful arts program.
http://www.lorainccc.edu/stocker+arts+center/

I took Olivia there to see the Nutcracker several years ago and was VERY pleased (comparing it with previous performances I caught at Playhouse Square in Cleveland). Oh, how I miss the treasure of that performing arts center in our "backyard."
Blessings,
~Toni~

Colin Firth is, hands down, the BEST Mr. Darcy. No one walks like him! The scene where he and Elizabeth have a surprise meeting at Pemberly (outside) after he had been swimming, and he bows and turns and walks away up the hill gives me chills each time! That version is my all time favorite movie.
On my blog today, you were the only one who commented about that first line...wraps himself in light like a garment. That is the line that fires my imagination the most too. Only another writer would have been affected by that image that way. It actually sparked the beginning of a book for me because I couldn't get that image out of my mind.

1. Laurence Olivier just didn't do it for me. The whole time I kept thinking: 'overactor, overactor'

2. i may be an oversensitive mom. my 11 y.o. son wants to invite some of his friends to see spiderwick for his birthday. what do you think? ok? too much? will the other moms stop speaking to me?

Colin Firth!
I didn't even know there was a ballet company in Moncton! You see how uneducated I am on that side of art!

M. - I just consulted with my husband, who works at Blockbuster: neither he nor I can think of anything that is actually too disturbing, other than the family dynamic which has real emotional pain issues in it. This includes a violent incident towards the end that parents might feel is stressful (don't want to wreck the film for you.) But it does involve the young boy being smart and heroic.

Brad thinks the Harry Potter films are darker than this one. (which we love, by the way)

So, who is the best Darcy then? I haven't seen any of the three, so I can't pick, but now that you've watched all three in one weekend, who are you voting for?

Karina - Colin Firth remains King of the Darcy's, but Laurence Olivier is a photo-finish second. He was superb! My husband said, "You know, I'm not thinking that he's Laurence Olivier at all. I'm just getting into his character."

Sorry Matthew MacFadyen, your performance is very solid and quite respectable, but no one can touch Colin. Sorry.