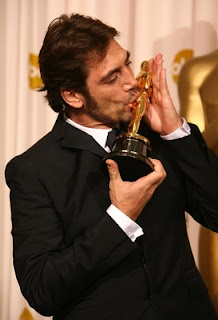 
I'm posting a two-in-one today, as I've got my review for the last of my Four-Legged Friends Reading Challenge on the very last day. Just squeaking it in there.

As I've mentioned before, I read mainly on the bus to and from work - and that's it. And I read while waiting for said bus, and of course including the ferry with the public transportation. Actually, I got used to writing my own book during this commute, because that gives me two extra hours of writing per day. But when I decided to take up Kailana's challenge, I had to give some of my writing time over to reading.

And then I was part of Christine's Mid-Winter Kick in the Pants writing challenge, so I was pretty much stuck between a rock and a hard place. 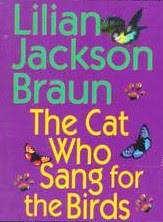 But I breezed through Lilian Jackson Braun's The Cat Who Sang For the Birds. I borrowed it from my sister, who is a big fan of The Cat Who... series. It felt wonderful to settle into a literary world where I know my sister enjoys spending time. She's told me about the two main cats before, Siamese crime solvers Koko and Yum Yum. They're not magical creatures like the Firebird from my last reading challenge book. Nor can the main human character suddenly hear them speak to him in his mind, like magically-gifted Ilya.

These two cats are just cats, with in-depth cat behaviour in a contemporary mystery set in a small town in Moose County, '400 miles north of everywhere.' I had to look Ms. Braun up in Wikipedia to see if she ever states where Moose County is, in any of her other books, but apparently she never does. But it seems she's modelled Moose County after towns in the Upper Peninsula of Michigan, since she once wrote for the Detroit Free Press. Being a former resident of Michigan myself, that just makes her all the more appealing.

The main character is Jim Qwilleran, former journalist and current columnist for the local Moose County paper. Generally, I shy away from contemporary novels, but this book follows the quirky-small-town feel of some of my favorite indie films. Like Local Hero, or TV series like Twin Peaks or 90's Scottish series Hamish MacBeth with Robert Carlyle.

Through Qwilleran, who knows a whole host of residents in Moose County, we're introduced to Polly, his lady friend; Celia, his neighbor who always makes extra when she cooks for herself and delivers it to his freezer, while squeezing juicy gossip from townsfolk when he needs clandestine information; Rollo, farmer and fire fighter whose 9-yr-old son out-spells the city in a spelling bee; Beverly, the manager of the new art center; and Phoebe, the young artist who paints butterflies.

I really enjoyed the local uproar in their city of Pickax between the art center and the farmers over the mud tracked onto the art center parking lot. There was a lot of plot that centered around art, and what could be better than that if I'm reading a contemporary?

The cats are wonderful characters. Koko especially has a sixth sense which he uses to let Qwilleran know important details whenever he's trying to get to the bottom of something. Being very in tune with my own dog, who lets me in on secret doggy info, I really relate to their relationship.

"In what remained of the evening, Qwilleran read aloud to the Siamese, one of their favorite pastimes, especially before bedtime. It was Koko's responsibility to make the literary selection. They never read one title from cover to cover but sampled a chapter of this book or that. Qwilleran suspected they all sounded alike to his listeners, and he himself liked dipping into books he had read before. It was like running into an old friend on a streetcorner.

On this occasion Koko sensed new acquisitions from Eddington's bookshop. After serious sniffing of the three World War II titles, he dislodged Fire Over London, and Qwilleran caught it before it landed on the floor. As usual he stretched out in his lounge chair with his feet on the ottoman and Yum Yum on his lap, while Koko sat attentively on the wide arm of the chair. It was a toss-up whether the familiarity of this ritual was more comforting to the cats or the man.

After the reading session the Siamese had their usual nightly snack and then went up the ramp to their room on the third balcony. Their door was left open, since the addition of the bird garden, to accommodate their early-morning bird-watching through the foyer windows. The door to his suite was closed to prevent furry bodies from crawling under his blankets.

It was a clear night. The weather was calm. The stars were bright. Sometime during the small hours Qwilleran was jolted awake by a thumping against his door, followed by unearthly howling. He jumped out of bed and yanked open the door.

The large windows on the east side of the barn framed a horrifying sight: a night sky turned brilliant orange! He punched 911."

Lilian Jackson Braun, The Cat Who Sang for the Birds, 1998

1. I love Javier Bardem. So non-cookie cutter. And how cool was it that he brought his mom to the show. I immediately informed my boys I have equal expectations!

And then what? Now I'm curious. I've never read any of the Cat Who books, but now I'm intrigued.

Looks like he was happy to win that award.

Defintely a happy man with an oscar! Happy WW

thanks for sharing. Mine is up at 4SeasonsOfMYlife. Hope you can visit me too.

I'm a little nervous about seeing this movie because of the violence, but after such an impressive showing at the Oscars, I may revisit that decision.

I haven't read any of this series but it sounds good. Maybe when I get through my towering TBR pile.

The photo says it all! Ha.