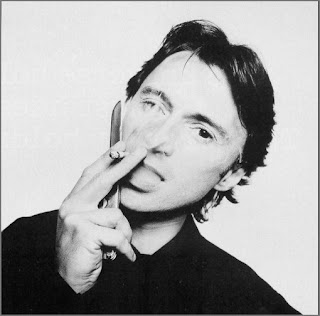 Here's a second excerpt from my Culloden story. This takes place shortly after this excerpt:

Jock MacKeigan is lucky to be alive. He's somehow managed to survive the Battle of Culloden and made his way into the hills, where he's found by Emma MacBean and her family. He's gravely injured, however, and needs his broken leg set and multiple stab wounds stitched up. We join the story as Emma's mother finishes the first gruesome task in the safety of their cavern hideout.


Near Drumossie Moor, in the hills outside Inverness, April 1746

Mother pulled, groaning herself with the effort of righting bones in a swollen cage of damaged muscle. Jock screamed again, a sound so laden with suffering that Emma shook to hear it. She held tight to him, focusing intently on his good eye which stayed squeezed shut. God help him. God help him.

Then suddenly it was over. Mother straightened. Jock sagged against Emma.

“Get the plank, Thomas,” Mother said, her voice breathless. “We’ll lash it to the leg. Enid, fetch me the linen.”

Murray knelt beside Emma. “How is he?”

She slipped the leather from Jock’s mouth. He let his head fall forward onto her breast and she cradled him protectively. 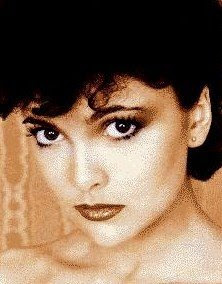 Jock pulled away from her and fell back onto the pallet. Emma saw a bright new stain at his shoulder. Then noticed a red smear on her own frock.

Murray stood. “I’ll tell her,” he said, moving quickly across the cave.

Emma sat on her hip, reached quickly under her skirts and took hold of her right stocking. Pulling it off, she folded it down and pressed it against Jock’s shoulder. He gazed at her, smiling a distant smile that made her slightly uneasy.

“You’ll be fine, Jock. Just keep on! You’ve come so far already,” she said, unhappy with how quickly the stocking was reddening.

Mother returned, lifting Emma’s hands away. “Just keep holding it like that, Emma. We’ll get his leg trussed up and then we’ll stop that shoulder from giving him any more troubles.”

Emma glanced back at Jock, who’d closed his eye and seemed so awfully pale. She felt a stab of dread. His lid fluttered open, his unfocused gaze roaming before his good eye found her.

Her heart surged with relief even as her fingers slickened with his blood. The stocking soaked through, but she held it there anyway as Mother had bid her.

“Talk to me,” the clansman said again, smiling a faint smile.

Pain registered on his face as the linen strips were tightened about his leg, securing the plank.

Jock’s expression changed. He sized her up now and she could feel him retreat from her. “Lieutenant-Colonel Montford,” he said, verifying.

Mother and Enid joined her. Emma removed the stocking and Mother peered closer at his wounds. Reaching out carefully, she touched a spot here or there until Jock twitched.

“Wash him down, Enid,” Mother said. “We’ll get started once we can see what’s what. Tell me, young sir,” she addressed her patient. “Do you remember how you came by these?”

“Shall I fetch the ladle, Mother?” Emma asked.

“Well, he’s kept the rest of it down, even after all that. But see if you can get Thomas to part with more whisky. There’s more to be done and though you’re a brave man, Mr. MacKeigan, you’ll do as I ask and take another dram.”

His smile got wider. “A man knows when he’s beat, Madam.”

“From the looks of you, I’d like to see the man could do that,” Mother said.

“I’m at your mercy, ladies,” he said softly. “That should be answer enough.”

“Come now, Emma,” Mother said. “Fetch the flask and let’s patch him up.”

Emma rose and saw how Jock’s gaze followed her every move. As she turned to find Thomas she knew tonight would be just as sleepless as last night had been.

Best get the whisky. There was more agony to inflict before the clansman got his rest.

The MacBean’s daughter wiped the stale sweat from his face.

The mother rose and stepped away with the servant, murmuring in the background.

“You must rest,” the young lady said. Her fingertips brushed away the sticky strands of hair from his forehead.

“Don’t leave me,” he said suddenly.

His vision was blurry and he shook his head to clear it.

“Lay down! You musn’t try to get up.” Her voice was conspiritorial, as though she tried to guard him from detection.

But Jock had taken too much whisky, had gone through too much to let sense get between himself and what he desired. He craned his head, blinking hard until her face took shape before him.

Such a sweet thing. Look at the way she gazed down at him. Had God truly chosen him above other men, sending an angel to watch over him?

The angel hovered closer. Jock shook his head back and forth, unwilling to accept it. “What do you want of me?”

“Mr. MacKeigan,” she said, laying her hand on his good arm.

Jock felt a cool calmness settle over him. The MacBean’s daughter. Yes. All stitched up now. He could rest then, couldn’t he?

“You musn’t try to speak,” she cautioned. “Close your eyes. Hush. Time to rest.”

Those lovely fingertips stroked his forehead. Jock let his eyelid droop, his chin dropping onto his chest.

Howls of frustration as men begged for the order to charge.

Two blue eyes gazed into his, steadied him, stopped him from leaping off the pallet away from the guns. Two firm hands pressed him down though his heart beat like a drummer calling the advance.

“You’re safe, Mr. MacKeigan. You’re here with all of us. The soldiers can’t get to us.”

Jock panted for breath, listening carefully just to be sure.

MacBean’s daughter again took his face in her hands. He was forced to look into those eyes.

“I’ll stay with you. Now lay back. You must get some rest.”

Jock nodded and sagged back on the pallet.

Had he...had he really seen an angel just then? No...the whisky. Hadn’t slept...marched all night...Lieutenant-Colonel Montford called the men back to the field. No time to rest. God, he was tired.

“You’ll take first watch over him, Emma. He seems to settle with you.”

A plaid pulled up over him and he sighed. He remembered now. The MacBean’s daughter tended him. That’s where he was. Safe to sleep. All over now.

Hi, Rosa - thanks for popping in.

WOW, excellent. You know how I feel about the Scots.

I just read your post about Richard Armitage. OMG, he's the one that marry's the Vicar.

I haven't seen that episode yet, I have to.

I tend to start quoting it willy nilly when I think about it.

"Remember in the old days you'd vote for Horton because you thought you oughta, but remember he's not only had your vote .. he's also had your daughter."

And I totally spelt marry wrong.

I do know how to spell. Marries.

Amy/Secret Twin - of course I'm a rabid Scots fan. What else would I be???

You HAVE to watch that final episode of 'Dibley'. It's a two-parter, actually. I laughed so hard at one point I had to take my asthma puffer to survive it.

I'm starting to think more and more that the writter fiber is in your family, Julia! This excerpt is fabulous!
It's my niece, the one that goes at IWK, I visiting your blog yesterday, and she saw your picture. And i told her that you live in Halifax. She said she saw you there...I don't think it's for real, she a kid...

This is wonderful. You never disappoint!

from the palms of my hand, you stand tall

This is fabulous Julia!

This is very fun! Thanks for sharing a little bit more of your story. I can't imagine having to set a bone like that - yuck!

The passion is palpable, Julia. YOu amaze me.

i am convinced you are sheharazad of the 1001 nights

Fabulous! Love it! Shame all the Scots I know aren't more like that. ;)

Sorry it took me so long to get to you! This was worth the wait. It's so tortured; how is this guy going to make it? I smell tragedy here...